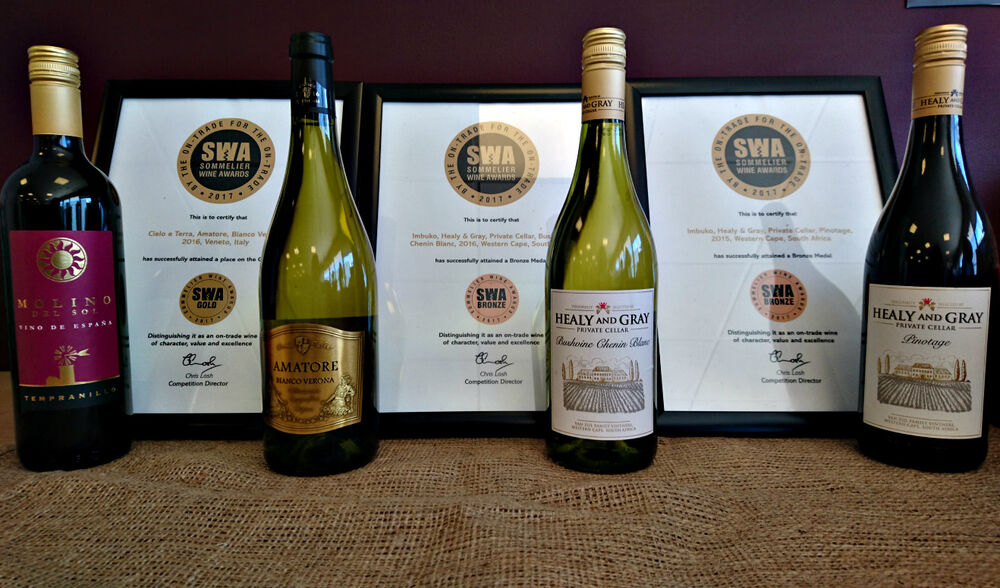 Five wines exclusive to LWC Wine Merchants and Shippers (est 1978) have been certificated in the well respected Sommelier Wine competition.

The tenth Sommelier Wine Awards,  the only wine competition in the UK judged by the on-trade, began in March 2017. The judging took place over three weeks in Marylebone, London, where the wines were blind tasted by 150 of the best sommeliers and wine consultants in the country. The wines were judged on a criterion of food friendliness, versatility, typicity, personality and value for money.

Amatore Bianco Verona, Cielo e Terra was awarded a Gold certificate with the judges stating that the wine was a clear Gold candidate, packed with generous fruit and some floral notes, too. "Green straw with apples and lime on an aromatic nose," began Tamarind of Mayfair’s Chantal Serrano, who found "warmth and texture, white flower notes and fresh, fruity character on the palate, with a long finish". "Easy-drinking, light and delicate, with stone fruits and a touch of residual sugar on the mid-palate," added Robert Mason of Cheese at Leadenhall. "This delivers on price, and would make a good by-the-glass option. A good match for light tapas," thought team leader Angela Reddin.

Bronze certificates were awarded to Molino Del Sol Airen with its straightforward, fresh and clean style. Imbuko, Healy and Gray Private Cellar, Bushvine Chenin Blanc was praised for its light and fresh peach and pineapple taste, that was pretty, easy drinking and commercial in style. Finally the Healy and Gray Private Cellar, Imbuko Pinotage was awarded its bronze certificate for, according to Mike Best of the WSET, its "Gently smoky aromas, juicy and spicy on the palate with mixed red fruit flavours, a nice touch of restraint and balanced freshness".

These examples are just a small proportion of the wines we have on offer at LWC Wine Merchants and Shippers and can all be brought via the LWC website.

All rights reserved © 2017 | Website brewed and distilled by Venn Digital