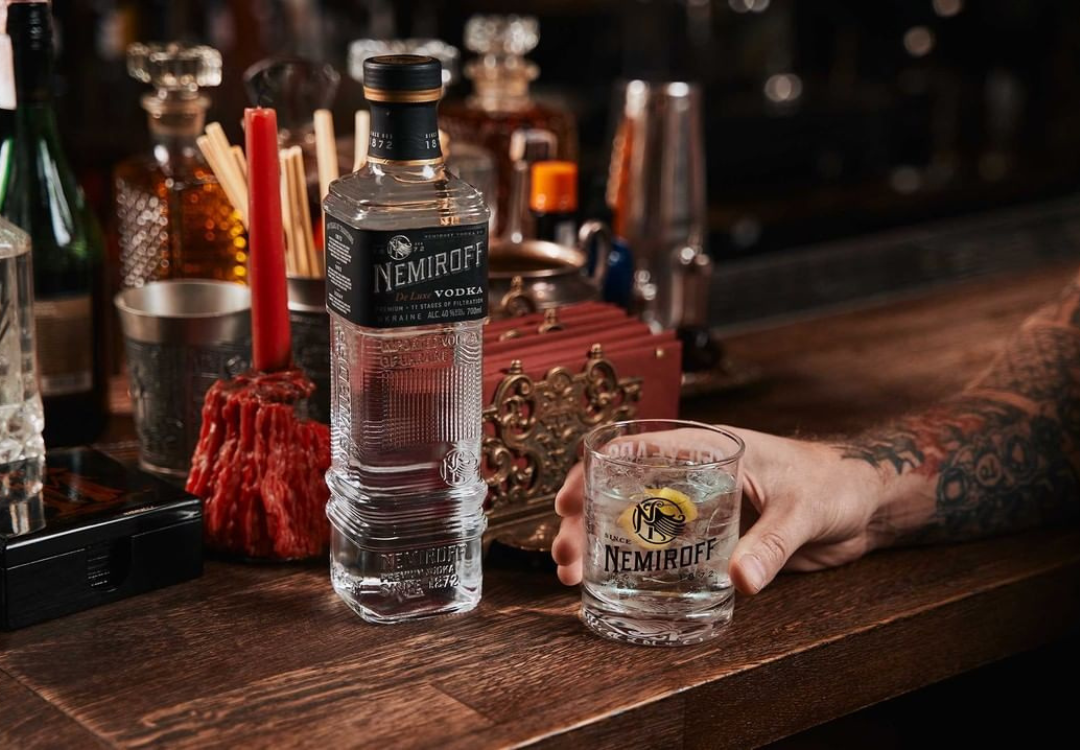 In 1737, European diplomats from Russia, Austria and the Ottoman Empire gathered in the town of Nemyriv in the palace of Count Potocki. They came to discuss the end of the war, and after the discussion, they gathered for dinner. During this dinner, they were served a local tincture of honey. This may well be the first incarnation of Nemiroff Honey & Pepper Vodka, that was later to become a national symbol of Ukraine.

Officially, the history of the brand began in 1872, when Count Grigory Stroganov opened a distillery in Nemyriv.

The business was taken over by the Count’s daughter, Princess Maria Shcherbatova (Stroganova). She hired the Czech architect Jiří Stibral, who had designed many buildings in the city, including the new distillery.

Under the leadership of Maria Shcherbatova, the distillery soon reached record production volumes for that time - more than 5,000 half-litre bottles per day.

The distillery in Nemyriv was one of the first to start making alcohol from grain that was grown in neighboring fields and, because of its continuing success, the Nemiroff name was officially registered as a trademark in 1992.

Today, the products are sold in over 80 countries around the world. Nemiroff is the #1 exporter of vodka in Ukraine - 40% of the vodka (which is almost one in every two bottles) exported from Ukraine is produced by Nemiroff. The company has also been named as one of the top five global vodka producers in the Millionaires Club rankings.

Other notable achievements include being crowned Vodka Brand Champion 2021 and No.1. ‘Fastest Growing International Spirits Brand’ by The Spirits Business.

Nemiroff vodka is inspired by a centuries-old vodka making tradition in Ukraine, it uses ultra-pure water from its own artisanal springs in Podilla, also known as the land of 1000 lakes, and the water undergoes mineral filtration, remaining pure throughout the entire production process which provides the base of all Nemiroff products.

Google searches for Ukrainian vodka, and in particular, Nemiroff, have surged in the wake of the Russian invasion. Many of the employees of Nemiroff have become volunteers in various areas of humanitarian support since the war began, with 25 employees having joined the army.

But, Nemiroff’s mission is continuing and unwavering as they keep up operations, despite some being dispersed, to meet increasing demand and continue producing high-quality products for their global consumers.

The brand said: “It’s really exciting that more and more people around the world are discovering Nemiroff. Today, Ukraine is demonstrating the values that Nemiroff has championed for years.”

“The Ukrainian people have shown their indomitable spirit, courage and strength in their fight for freedom. This spirit that runs through our DNA is helping to create the future we believe is possible and we’ll use every opportunity to build an industry-changing brand that will proudly represent Ukraine and its people.”

A versatile spirit, enjoy Nemiroff on the rocks, in a cocktail, or with a mixer.