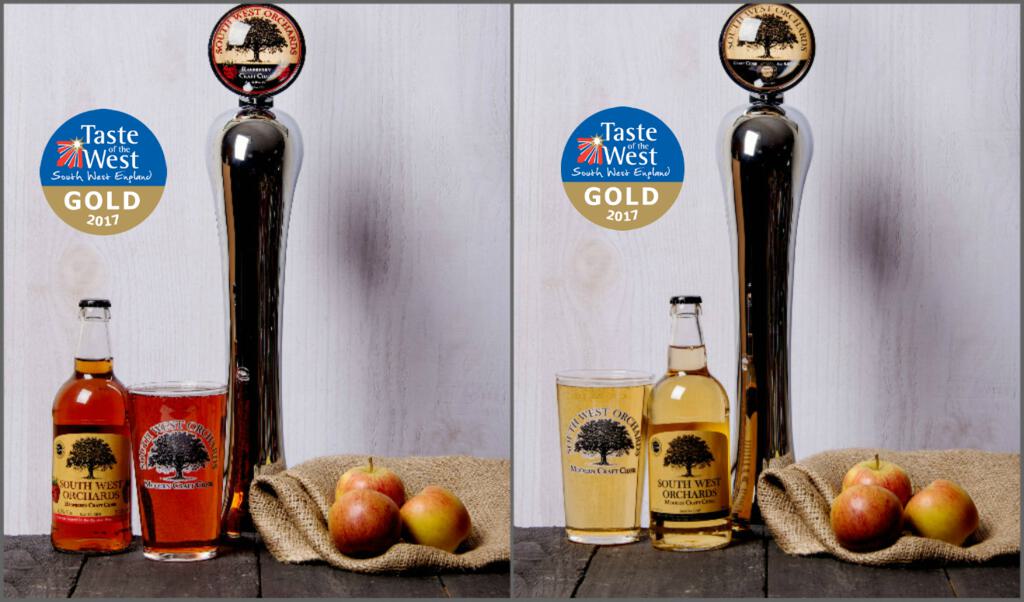 We are really pleased to announce that one of our craft cider projects, South West Orchards, has been awarded two gold awards at the Taste of the West Awards 2017!

The Taste of the West is one of the largest independent regional food groups in the UK. They promote and support fantastic local food and drink, from passionate producers to pubs. This year, the prestigious annual awards judged over 1000 products from the region with the highest accolade, the Gold Award, accorded to only the best of the West.

Our South West Orchards Craft Cider project is made in conjunction with Sheppy's Cider, an independent family cider-making business that has been making the highest quality traditional Somerset ciders for 200 years.

South West Orchards is made with fresh apple juice from a blend of the finest West Country Cider apples, such as Yarlington Mill, Harry's Master and Dabinett, plus a small amount of dessert apple to give the cider a fruity bite. The cider is fermented under ambient conditions, and then allowed to mature naturally for at least 3 months before being bottled. South West Raspberry Cider is made with the same fresh pressed juice infused with pure raspberry juice to create an extremely smooth cider with a refreshing hint of raspberry fruitiness.

Taste of the west Gold award is a prestigious accolade for any food or drink producer in the South west and we are all really pleased that the quality of the cider has been recognised.