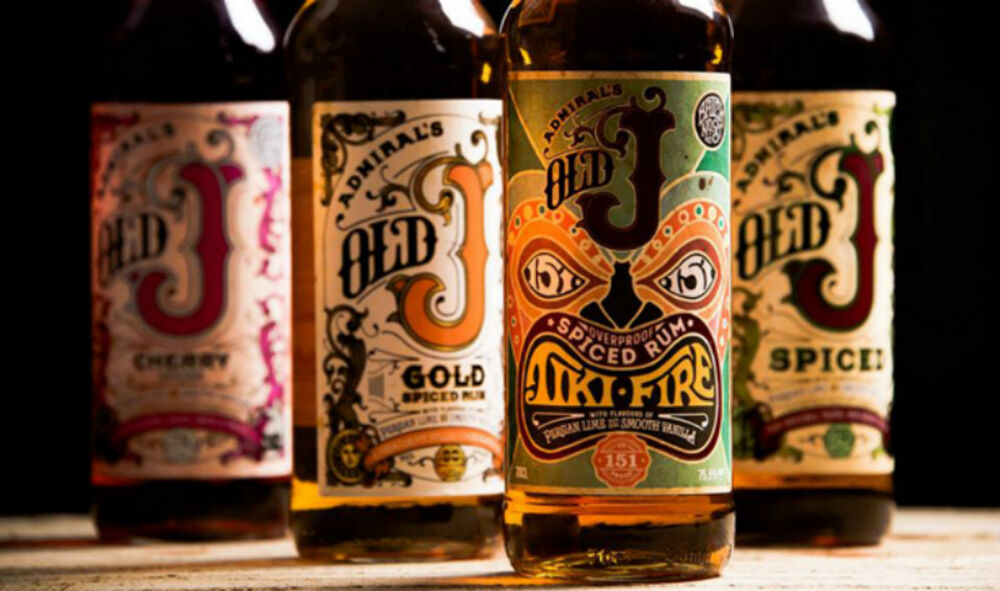 2017 is rum’s year to shine! In previous years, the increase in rum sales has been overshadowed by the boom in the whisky trade, suggesting that the category’s full potential was yet to be discovered. But it seems as though consumers have wised up – so make room in your cabinet for a bottle of the good stuff.

LWC recognised that consumers were becoming more perceptive to the idea of spiced rum, so created their very own, Old J! The spirit is taking the UK market by storm and Duncan the South West rep supplies establishments across the region in all shapes and guises, with the spirit a favourite amongst a wide cross section of drinkers. Edgy Exeter barbers, Lukas, serve up the spirit to their punters, with owner Luka stating:

“We love the stuff, as do our customers! As it already has a great blend of spices, it’s such an easy drinker served up straight and it definitely elevates the experience of visiting our barber shops.”

With sugarcane byproduct as its base ingredient, the spirit tends to have a slightly sweeter and rounder taste on the pallet than others, which makes it a good crowd pleaser and easy entry point for straight-up drinking. With its roots in the Caribbean and Latin America the drink also enjoys connotations of the festival spirit, meaning not only does it taste good, but it is sure to put a smile on your face too.

There is massive diversity within the rum making industry, providing us with a great selection of varieties. Of course, the most basic ingredient in the mix can vary greatly – for example the French speaking islands of the Caribbean opt for sugar cane juice, the English-speaking islands use molasses, and other sugar cane syrup. Another key reason for the, sometimes quite seismic, differences in the spirit are the legal requirements imposed by nations for distilleries to be able to label their spirit rum. Mexican rum is expected to be aged in the barrel for at least eight months, whereas Venezuela, The Dominican Republic and Panama have a much stricter two-year policy. There are also legal requirements imposed on the ABV – Colombia has a hefty minimum proof of 50%.

Traditionally, the public favoured white rums and it was also preferred by bartenders who wanted to avoid adding colour to cocktails. However, the age of authenticity is amongst us, and any colour rum now goes! There has also been a rise in popularity of spiced, flavoured and aged rums.

Rum based cocktails have significantly helped to drive sales of the alcohol, with mojitos now a household name and a standard on many bar menus. Bartenders have also given Tiki cocktails a renaissance, all celebrating rum as their spirit base.

There is a dark past to rum! The rum business was intrinsically tied to the Caribbean sugar trade, which involved the exchange of molasses and slaves. Despite this unpalatable link, the popularity of the drink amongst the sea-fairing colonial nations, has spread the joy of rum internationally, playing a part in the culture of Australasia, Polynesia, North America, Europe and the West indies. Because of its value as a commodity, pirates started trading the substance and it soon became their drink of choice too. The association between the two has lived on since, immortalized by literary works such as Treasure Island. But its maritime history doesn’t stop there. For more than 300 years the British Navy gave sailors a daily ration of rum, called ‘tot’ and although this was abolished in 1970, the tradition is still celebrated – raising a glass to her majesty on special occasions.