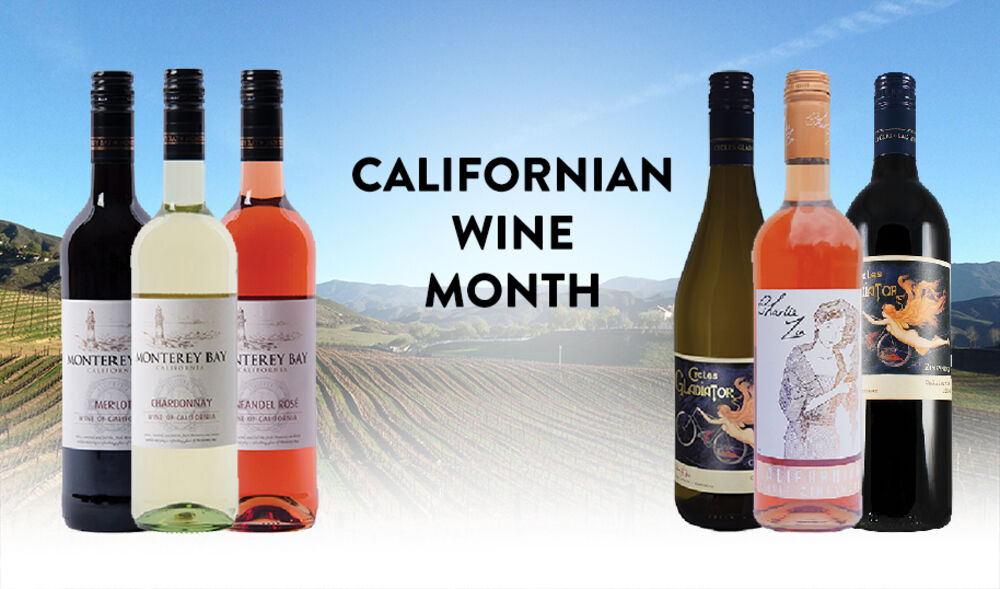 Wine is produced throughout America, but the four most important wine-producing states are California, Washington, New York and Oregon. Of these four, California is responsible for the vast majority of production and arguably many of the country's most celebrated wines.

A recent Drinks Business article described California as having entered a 'golden age' of wine production, with the UK market having a greater appreciation of the diversity, variety and value for money that the state's wines can offer. But what made California's wines so appealing to the UK market in the first place?

With prices in Bordeaux and Burgundy continuously on the rise, sommeliers and consumers were encouraged to explore different regions. Over time, they came to realize what good value Californian Pinot Noir can offer compared to a traditional Red Burgundy. Similarly, Cabernet Sauvignon and Merlot blends from California can also offer good value compared to a left or right bank Bordeaux appellation such as Margaux or Pauillac.

LWC have an outstanding example of Californian Pinot Noir in the 'Cycles Gladiator' range. For a label and brand name, head winemaker Adam LaZarre picked a symbol of the liberation of women in France during the Belle Époque period: a poster by a French bicycle company named Gladiator that launched the sale of its new bicycle in 1895. At that time, bikes were a symbol of the new freedom women were experiencing. Today, LaZarre oversees the whole process from selecting the vineyards to harvesting grapes, fermentation and final maturation – making the wines the way he intended.

20% of the Pinot Noir is aged in new French oak, and the wine displays aromas of cherries, McIntosh apples, and spice on the nose. The mouth opens up with cherry-flavoured Jolly Rancher candies turning towards hints of blueberry and dark fruit. LaZarre recommends pairing the wine with grilled salmon, lamb chops, or duck.

Whilst Californian Pinot Noir and Cabernet Sauvignon are very popular styles, Zinfandel is regarded as California's signature grape variety. (You can also find this grape in Italy, where it is known as 'Primitivo'.) The grape itself has a reputation for ripening unevenly, meaning at harvest time some grapes may be raisined but some may be under-ripe. The raisined grapes result in concentrated, full-bodied wines with high alcohol levels, whereas under-ripe grapes can give a subtle herbaceous quality to the final wine. Typical flavours include red and black fruits, dried berries and liquorice.

Over the last 2 years, Californian wine listings in the on-trade have doubled due to the rise in US-style restaurants, diners and steakhouses. A bold, full-bodied and intensely fruity Californian Zinfandel is an ideal match for big, meaty burgers and steaks.

Rosé Zinfandel is an extremely popular style of rosé made from Zinfandel grapes which are picked early. Better known as White Zinfandel, these wines are fruity, pale in colour, medium-sweet and low in alcohol. LWC's own 'Charlie Zin' is a brilliant example of this style  and is on a buy 5 bottles, get 1 free promotion throughout September to celebrate Californian Wine Month.