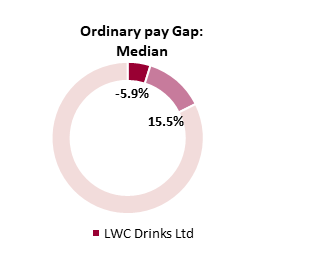 In 2020, our Gender pay gap for median gross hourly earnings was -5.9%. The mean ordinary pay gap was also -5.3%. The negative percentage figures show that female employees typically earn an average of 5.9% more than male employees per hour. In the Company’s 2018 gender pay gap report, this was previously 1%, showing that the pay gap within the Company has shifted from typically women receiving lower pay, to men now typically receiving lower pay. This reduction is in line with the UK National Average, which has also seen a reduction of 2.3%. However the UK National Average still remains at typically higher hourly pay for male employees, with a Gender pay gap for median gross hourly earnings of 15.5%.

This includes any bonuses or commission paid to employees at the snapshot date of 5th April 2020. The results show that there is almost an equal proportion of females and males receiving a bonus. 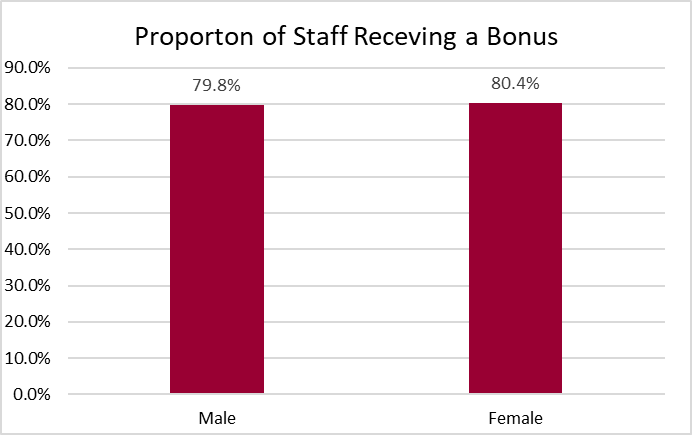 However whilst the proportion of men and women receiving a bonus is fairly equal, the mean and median gender pay gap using bonus pay shows a significant difference between male and female employees (figures below), showing that overall, typically employees who are men have lower bonuses than employees who are women. This may be impacted by the fact that the Company does have a naturally high intake of male employees in the large operational, distribution side of the business, which includes lower paid job roles. In addition to this, there has been a slight increase in female employees in the top pay quartile over the past 2 years. Whilst LWC Drinks ensures an equal bonus entitlement across male and female employees, the value of these bonuses will differ depending on the annual salary of each employee. 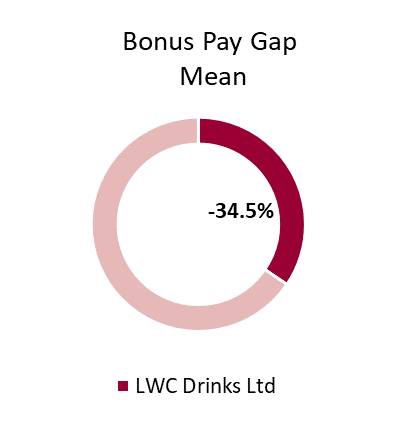 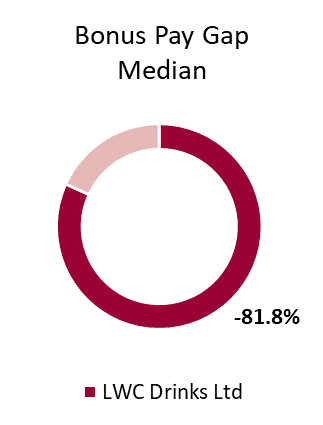 LWC Drinks has a consistent gender pay gap within each quartile band based upon ordinary pay. Due to the business being predominantly distribution based, many of the warehouse and driver roles are male dominated professions. In addition, many of the senior depot manager roles are male due to the progression from warehouse positions within the Company. This would largely explain why at each ordinary pay quartile there is a significant gender pay gap. 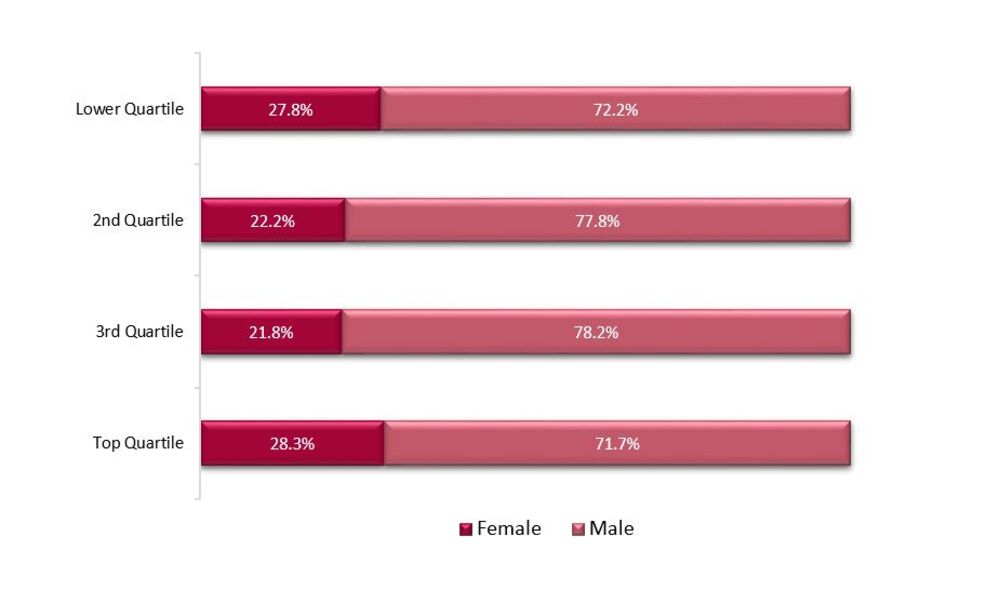 LWC Drinks Ltd proactively works to encourage equality in the workforce and offers varied training and development opportunities for both male and female employees to progress within the Company. We continue our work in ensuring that pay is paid equally and appropriately for the role carried out and utilise our gender pay gap results to further encourage equality.